×
Update Required To play the media you will need to either update your browser to a recent version or update your Flash plugin.

Listen to my music

“Marta was born singing.
In her cradle she composed and sang the noises around her
to call upon sleep.

In her voice sings the wind, sometimes a river laughs
and even the whispers of the earth can be heard.

With her guitar, her voice, and full of will, she keeps composing
the songs around her,
and the voices dictated by absences, to lull the silence”

With more than 80 composed songs, This young singer-songwriter not only traverses a whole range of Colombian cumbias and bambucos, Argentine zambas, chilean cuecas, Bolivian carnavalitos and Peruvian festejos but she also writes the kind of melodies and refrains that translates across any language barrier. That may be the reason that lead Marta to share the stage with musicians of different genres such as Bonnie Raitt , John Mayer, Totó la Momposina and Mercedes Sosa.
Marta was also chosen to record Kris Kristofferson’s “The Circle” on a tribute to this great American icon. Marta “lifted that song up to when it’s supposed to be, to where it belongs” according to Kristofferson’s own words. American writer John Sandford made a reference to that version of “The circle” on his novel “Dark of the moon” (2007).

In March 2003, Marta’s song “Paula Ausente” based on the book “Paula” by Isabel Allende, won the The SIBL Project International songwriting contest as the best song inspired by a South American book. The song was included on a CD among others by artists such as Tom Waits and David Bowie. “Paula Ausente” was also included on the Putumayo Compilation “Women of the world: Acustic”(2007) and on the soundtrack of the HBO Latin America’s series “Capadocia”. Her song “La Ronda” was also included on the Putumayo compilation “Women of Latin America” (2004) and in 2005 Marta was chosen by “Fucsia”, a Colombian magazine as one of the 5 Most representative women of her country.

With six albums under her belt, her self-released “Solo es vivir” was chosen by The Boston Globe as one of the 10 best albums of 2003 and her “Cantos de Agua Dulce” (2004 Chesky Records), was nominated for the Billboard Latin Music Awards as best Latin Jazz Album among Paco de Lucia’s, Nestor Torres’ and Gonzalo Rubalcaba’s. Her album “Entre Cada Palabra” (2005 chesky records) placed Marta Gómez as “The Best National World-Music Act of 2006” by the Boston Phoenix.
Her fifth album “Musiquita” (2009 Aluna Records) was once again placed at the top of the European World Music Charts for several weeks. Marta and her group perform regularly in the US, Europe, Israel and South America with great acceptance by audiences of all origins. Marta also tours regularly with Israelian beloved musician Idan Raichel.

On her sixth production “El corazón y el sombrero” (The heart and the hat) (2011 Aluna Records), she pays a tribute to Spanish poet Federico García Lorca, adding Latin American folkloric rhythms to 12 of his poems. On this album, Marta had the fortune of having singer-songriter Javier Ruibal as her guest for one piece. To promote this new work, the group has traveled to Israel (Zappa Jazz Club), Colombia (Festival de músicas de Cartagena), Ecuador (Teatro Sucre), Spain (Festival Barnasants & La mar de músicas de Murcia) and South Africa (KKNK Festival).

Marta is nourished by the everyday stories, and from this nostalgia, songs emerge with a deep social and human content. In an interview on the National Public Radio, journalist Steve Inskeep said he admires Marta’s capacity of “turning the bitter history of her native country into sweet music”. 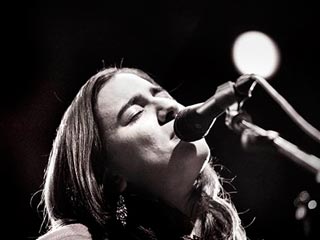 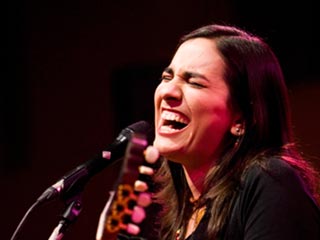 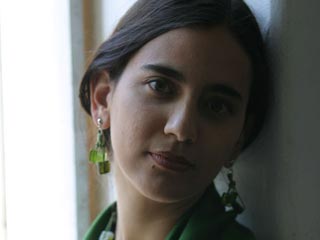 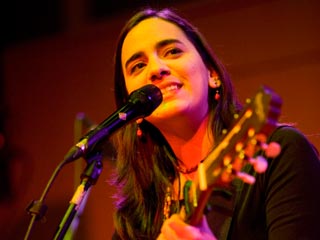 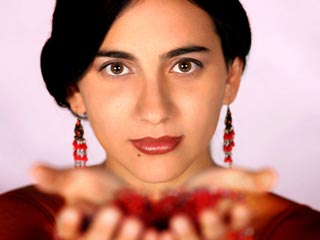